Below are some significant tasks:

Cable-stayed bridge over the Parma river (PR) on the connection between the southern and eastern Parma road system
Structural works: about € 8.100.000 Id S03 - STATIC TESTING
Client: Municipality of Parma 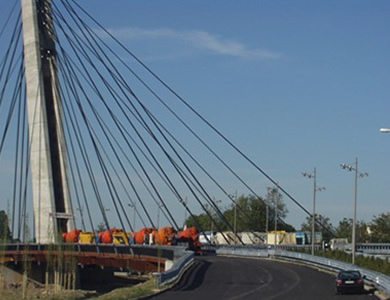 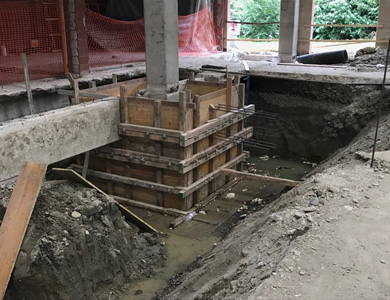 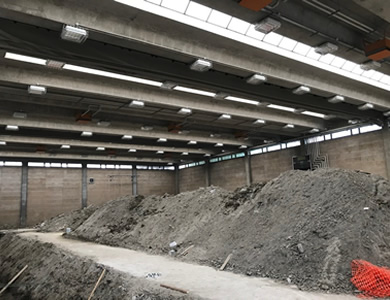 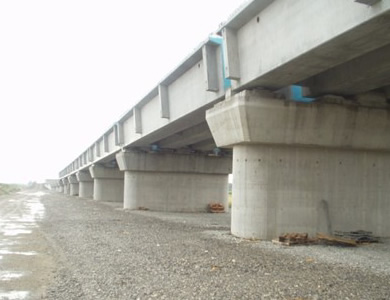 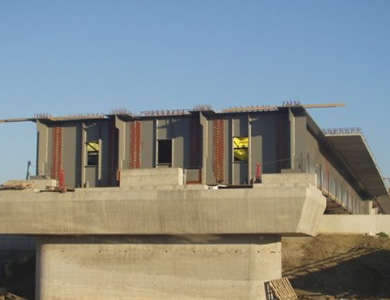 Intervention for the construction of the railway underpass of the Milan-Bologna line at via Reggio.
Amount of structural works: about € 2,200,000.00 Id S04 - DEFINITIVE, EXECUTIVE AND DRAFT PLANT
Client: Municipality of Parma - Special Authority Unit (EFSA) 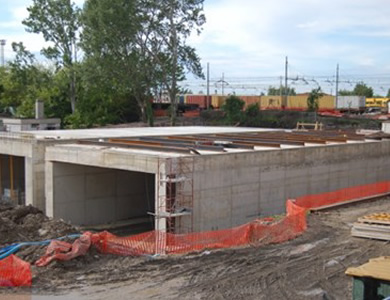 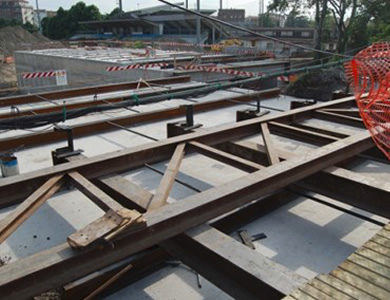 "Complex inspection of provincial bridges" ; with the aim of identifying structural criticalities, the components suitable for damping seismic actions and certifying, if necessary, through the modelling design and any load tests, the flow rate with regard to exceptional transports .
Client: Province of Forlì - Cesena
Amount of Works - Id S03 about € 15,000,000.00 V03 about € 7,000,000.00 - COMPLEX INSPECTIONS 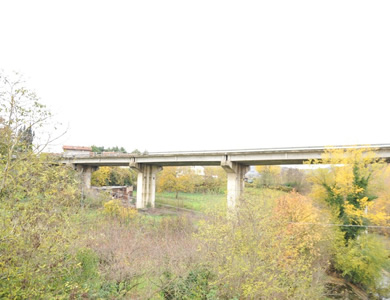 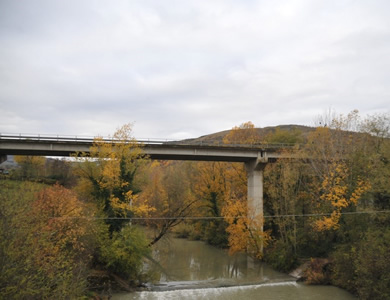 Structural survey, creation of the model using finite elements, structural verification, equivalent load scheme including combinations for exceptional transport according to NCdS, verification of exceptional loads and issue of work certification I ° Category of the “S. Colombano” with 3 spans of about 12 m each.
Province of Forlì - Cesena Client: Province of Forlì - Cesena - Amount of the work: approximately € 600,000.00 Id S03 - DESIGN AND VERIFICATION 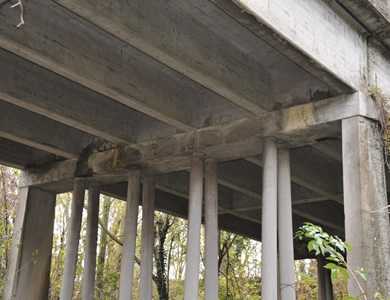 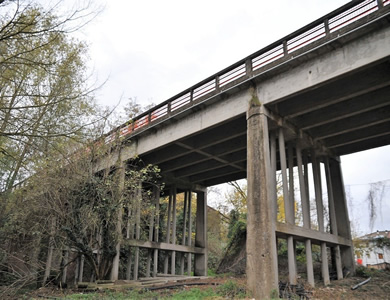 Ponte Sermide - Castelmassa on the PO with 27 spans and development of 1,000 m
Reconstruction of the structural model of the work through finite element modelling (FEM), based on the original executive project, verification of the section based on the parameters defined in the NTC 2018 - Analysis of vulnerability Si-smica of the work including analysis of the second order (push over) with definition of the consequent Seismic Vulnerability Index, Identification of any criticality of the work, certification of static suitability of the deck, determination of own vibration modes of the structure through the modal analysis with definition of the spectrum of frequencies specific to the second project, plan for the structural monitoring of the work including operations, technological methods and dynamic analysis.
Client: Province of Mantua Amount Work:
approximately € 14.850.000,00 Id S. 03 - S05 and V03 DESIGN AND STATIC FITNESS NTC 2018 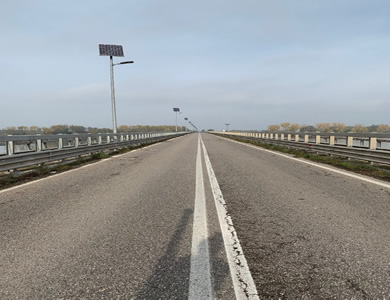 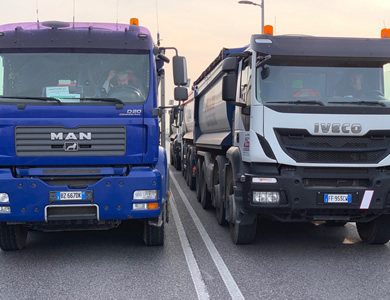 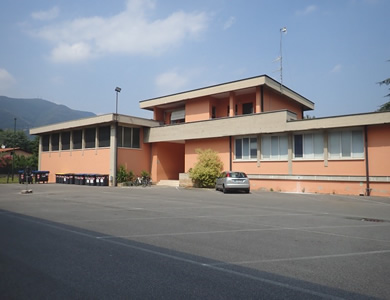 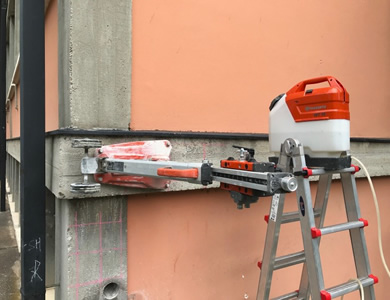 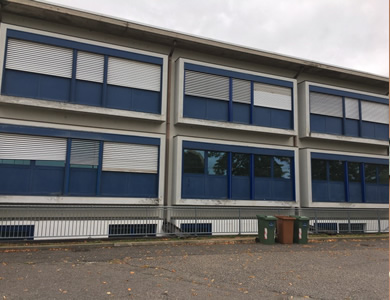 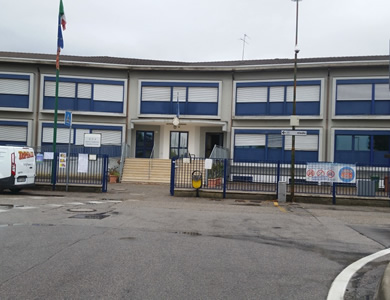 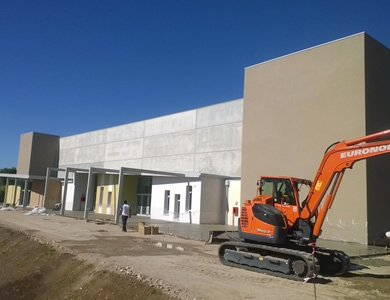 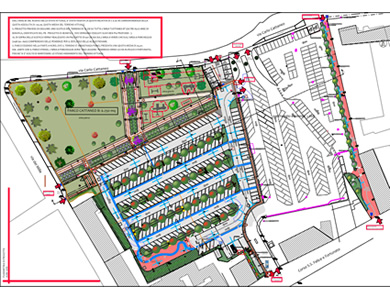 Project for the construction of a new elementary school in Lugagnano in via G. Carducci
Class: S.03
Amount of the works: € 650,000.00
Assignment: Final design, executive
Client: Municipality of Sona 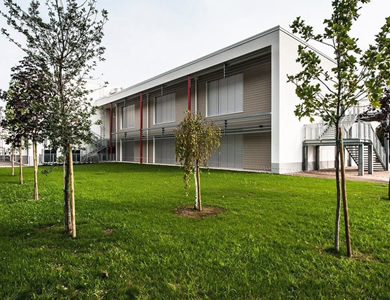 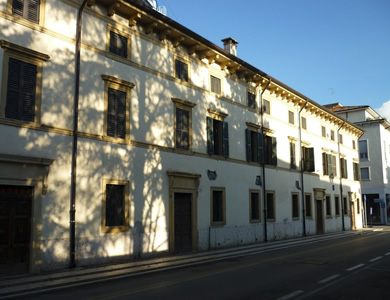 Project for the construction of the new headquarters of the municipal police and mobility / traffic sectors with parking in Verona
Class: I Cat.: g
Assignment: Definitive structural design
Amount of the works: structures € 4.924.806.00
Client: Municipality of Verona 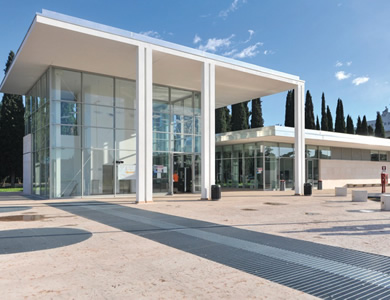 Seismic vulnerability verification service of the intervention planned by the Municipality of Verona
"Urban redevelopment of the Veronetta district - Lot 1: Former Santa Marta Barracks - Recovery of Levels Silos for the realization of university and neighborhood services"
Class: S.04 Assignment : Final design
Amount of the works: € 747.115,81
Client: University of Verona 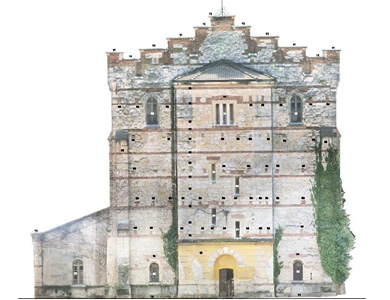 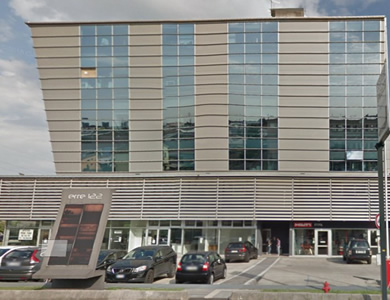 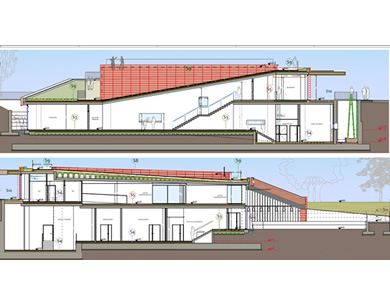 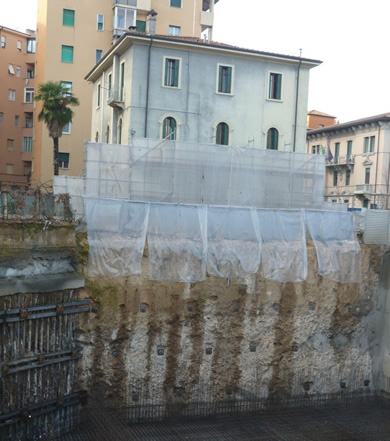 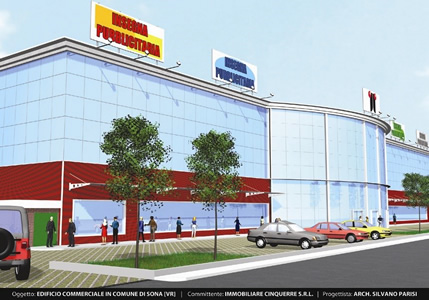